My New Gaming Rig In A Few Weeks

Let me know if you agree with my components. Thanks!

Just made all of my purchases. I'll be up and running with my new gaming rig early next week.

I made a few changes to my original wish list:

I'll be back playing UT2004 when I get everything hooked up. I tried my best at "Future Proofing" this rig for the new Unreal Tournament.

Here it is folks! I used my phone to take the pics so it doesn't do it justice.

Thanks Bee....it took me forever on the cable management. YIKES 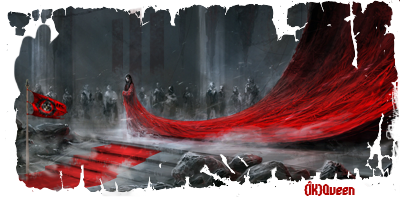 It was fun putting together Queen. My system played UT4 very smooth on the highest settings. That's pretty much what I was hoping for, since that's what we'll all be going to in the near future. The 144hz monitor is amazing! No mouse or image ghosting. You see everything, even when spinning around to take the shot. It's my first gaming monitor. Will do more testing today. First of the year, I'll get another MSI Nvidia 970GTX and SLI them together. That will make my computer near the fastest there is. I read somewhere that two 970's equals (give or take) the fastest video card in the world which I believe is the Nvidia GeForce GTX Titan X.

Jeeez, its hard enough to hit you as it is...LOL. Kidding, it truly sounds amazing. I look forward to much death and mayhem!

Just for info, if anyone buys the Intel Skylake CPU and compatible motherboard, they purposefully left out support for Windows 7. Microsoft and Intel sitting in a tree ... K I S S I N G! As soon as the installation begins, the usb keyboard and mouse shuts down. I found a way around it, but it's a mess. Here's the link to the story: http://wccftech.com/intel-skylake-remov ... orm-specs/

I'm keeping with Windows 10 so it doesn't matter to me.

Jump to
Powered by phpBB™ • Design by PlanetStyles